How the U.S. Justice System Can Learn from Norway 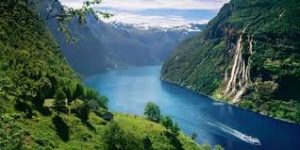 Perhaps one of the most profound ways that American society, and indeed any society, can be improved is by reducing crime. Lower crime rates are obviously desirable because they allow people to feel safer and more at peace in their environment, creating a stronger, more unified society. The indirect benefits are also great because, for example, each person that converts from being a criminal to law-abiding citizen is not just removing crime from society, but also adding productivity by presumably refocusing energy previously used for crime towards positive pursuits (i.e. gainful employment). Without a doubt, two of the prime causes of crime are inequality and poverty. However, remedying these problems is a complicated and difficult topic which will not be explored in this article. However, a more practical and immediate goal we can evaluate is reducing the recidivism rate of criminals. Recidivism is the likelihood that a criminal will commit another offense after being punished for one. By reducing recidivism, you reduce the likelihood of crime from the people most likely to commit a crime, already convicted offenders. There are numerous ways to reduce recidivism rates, but I believe an excellent model can be found in the prison system in Norway. Norwegian prisons, such as the maximum-security prison, Halden, aim to rehabilitate prisoners by preparing them for life in the normal world with other law-abiding citizens. This is a radically different philosophy and practice than the retribution-focused American prison system whose generally terrible conditions only serve to harden offenders into human beings built for survival rather than a happy existence. Long prison sentences in such conditions leads to institutionalization and an inability to function as a normal member of society. In order to rehabilitate prisoners, Halden was designed to simulate a village so that the prisoners feel part of a society. Ties to others and society in general is a vital component of preventing crime. If an individual feels connected to those around him, he is less likely to do something that will hurt others or disrupt the peaceful functioning of society because he has more to lose by doing so. The Norwegian government believes that “the smaller the difference between life inside and outside the prison the easier the transition from prison to freedom.” This is exactly the kind of philosophy that a system whose ultimate goal is to reduce crime should embrace, but, to the detriment of American society, rehabilitation is secondary to retribution in the U.S. justice system. The statistics support the Norwegian prisons’ methods. The recidivism rate two years after a prisoner’s release is 20%, compared to around 50% for the U.S. So how can U.S. prisons emulate Norwegian prisons? The biggest obstacles are the mentality of American citizens and money. The former is the far more difficult obstacle. Each of Halden’s prison cells are 110 square feet and are outfitted with a flat-screen TV, desk, mini-fridge, toilet with shower, and an unbarred window. The hallways are decorated with large pictures and the yard walls and toilet doors are adorned with graffiti paintings by a Norwegian artist. Trying to convince American taxpayers to make a prison a seemingly luxurious place violates their sense of justice and retribution. And that is an understandable sentiment. However, if we want to truly make a difference, we have to put aside our innate sense of retribution, look at the statistics, and make the most logically sound decision for reducing recidivism because, in the end, we all benefit. The only way to convince the American people of the value of such a rehabilitation-focused system is to educate them, and the Norwegian prison system could be the shining example used to do so. Obviously, creating such a prison costs money. A lot of money. Halden was built for $252 million, with the graffiti paintings alone costing $1 million. However, Norway is able to invest such amounts because its incarceration rate is 71 persons per 100,000, compared to the U.S.’ 698 persons per 100,000,  a massive difference.   According to a New York Time’s article, “it is the length of sentences that truly distinguishes American prison policy. Indeed, the mere number of sentences imposed here would not place the United States at the top of the incarceration lists. If lists were compiled based on annual admissions to prison per capita, several European countries would outpace the United States. But American prison stays are much longer, so the total incarceration rate is higher.” Therefore, the first goal for reforming the American prison system should be reducing the length of sentences. This makes all the more sense when you consider that a 2002 study found no evidence that a lengthier prison sentence resulted in a lower recidivism rate. Reducing the length of prison sentences across the board is likely not the most prudent option; therefore, a targeted approach could be used. For example, reducing the length of imprisonment for nonviolent offenders makes more sense from a public safety standpoint and is more palatable to the public. A different approach to reducing the length of prison sentences and thus lowering the U.S. prison population is ending the private prison system. From a simply ideological standpoint, it seems conflicting to have the ultimate goal of reducing recidivism and the number of people in prison by placing them in an institution run by a company who stands to profit from keeping their prisons full. Indeed, the private prison industry has opposed measures that would result in shorter prison terms. The good news is that the the Department of Justice recently announced that it will no longer use private prisons, so there are those in the government who are paying attention. Change is coming, slowly. However, we can use education and awareness as tools to accelerate that process. Much moreso if there are better ways of doing things already in place, like the Norwegian prison system, that we can use as examples to bring about positive change more quickly and efficiently.